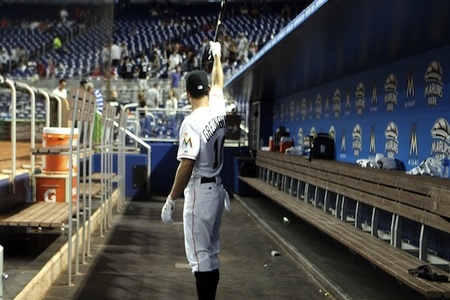 Adam Greenberg got his first official at-bat in the majors on Tuesday night with the Marlins because he earned it seven years ago with the Cubs.