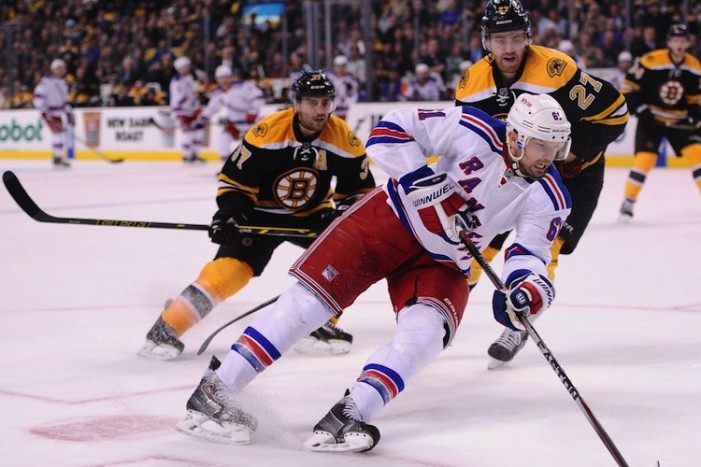 The Rangers clinched a playoff berth with some help from the Bruins and now the Rangers head to Boston to hopefully play the Bruins for the last time this season.