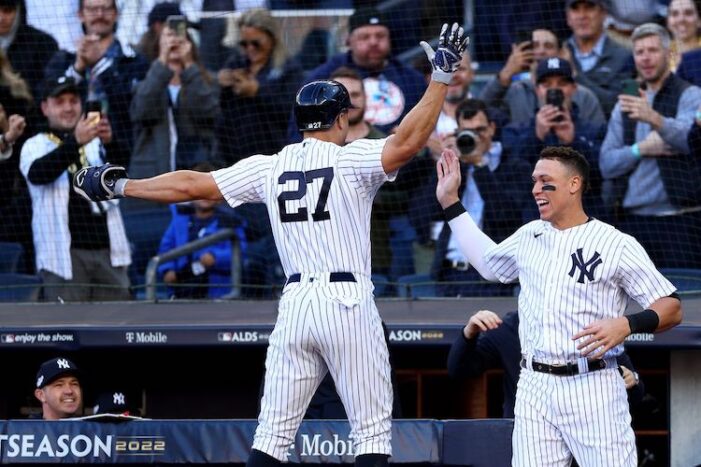 The Yankees faced elimination in the do-or-die Game 5 of the ALDS and staved it off for a second straight game. The Yankees beat the Guardians 5-1 and are headed to the ALCS. 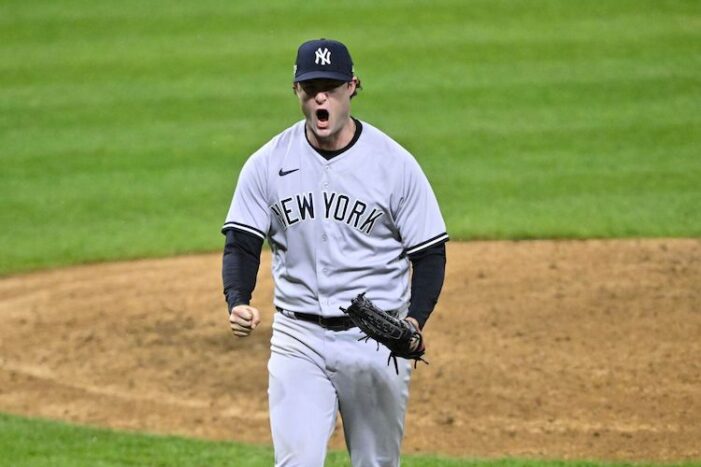 The Yankees played their first elimination game of the postseason in Game 4 of the ALDS and survived with a 4-2 win in Cleveland to force a Game 5 in New York. 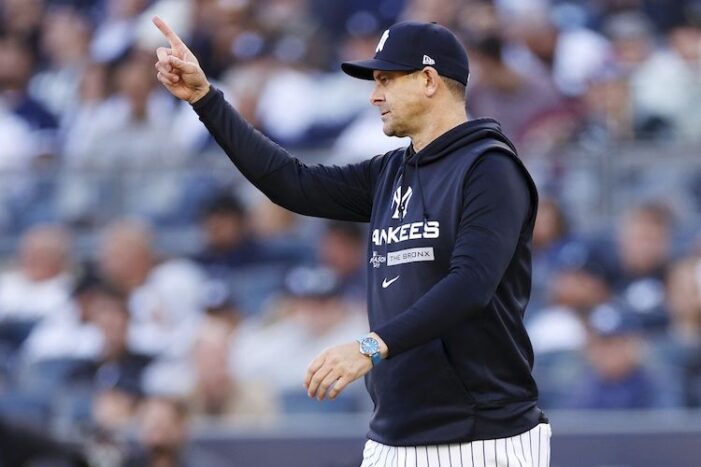 The Yankees had a two-run lead with one out and no one on in the ninth. They were two outs away from taking a 2-1 series lead in the ALDS. Instead, they will be facing elimination in Game 4. 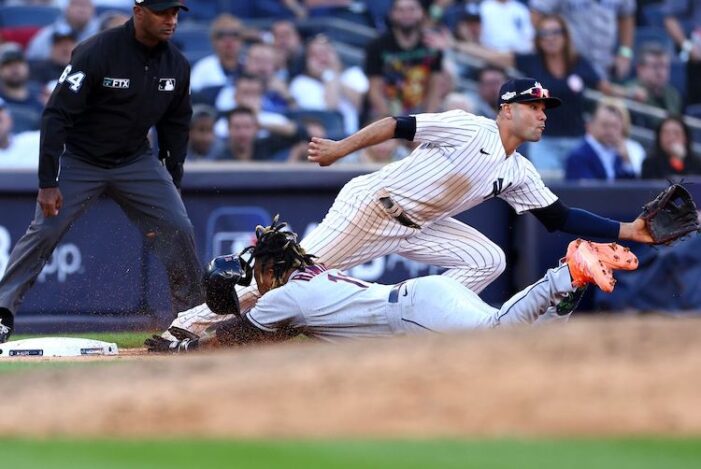 The Yankees blew a two-run lead at home in Game 2 of the ALDS and now go to Cleveland for Games 3 and 4, having given away home-field advantage. Here are 10 thoughts on the Yankees.

Yankees-Guardians ALDS Game 1 Thoughts: One Down, 10 to Go 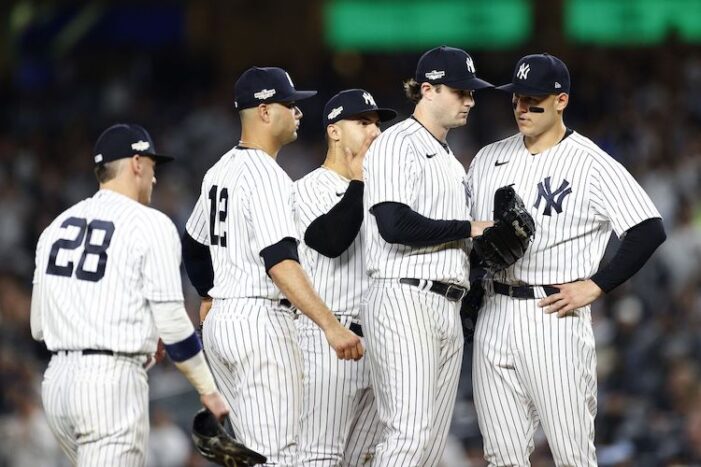 The Yankees needed to win Game 1 of the ALDS against the Guardians with Gerrit Cole on the mound against Cal Quantrill. They did just that.

Yankees Thoughts: A Clean Slate for Everyone 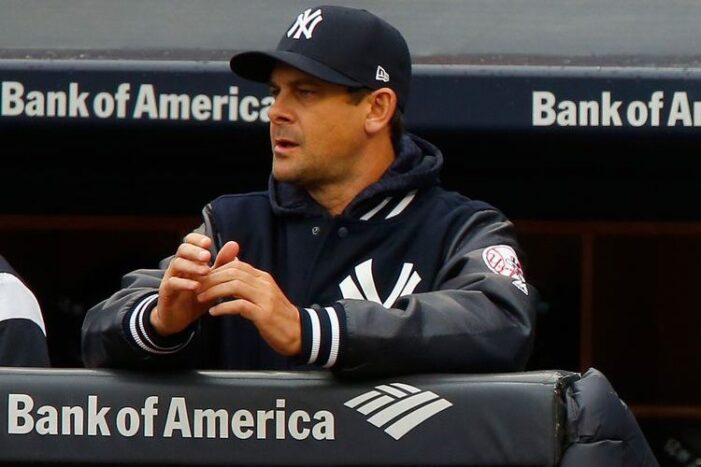 After an up-and-down, six-month regular season, the postseason is here. Here are 10 thoughts on the Yankees. 1. I took the last few weeks of the regular season off from writing these Thoughts. Once it was obvious the Yankees were going to win the division, the games became meaningless. Yes, I still watched as Aaron […] 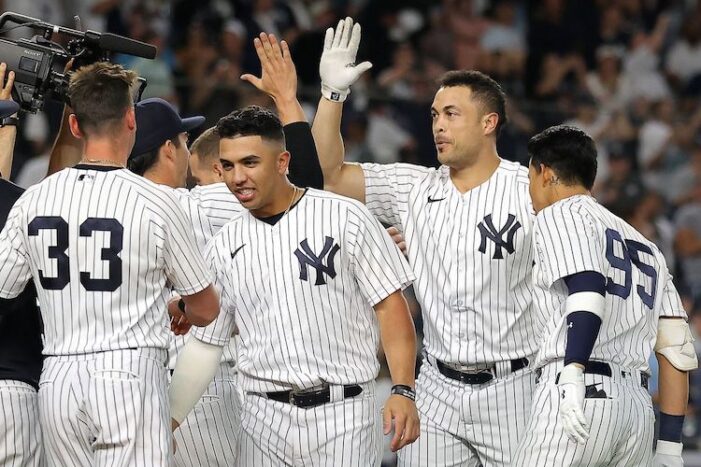 The Yankees swept a two-game series from the worst team from the worst division in baseball and needing an unbelievable comeback to do so. The Yankees have won three straight and their magic number to win the division is down to 8 with 14 games left. Here are 10 thoughts on the Yankees. 1. I […]

Yankees Thoughts: Aaron Judge Having Most Valuable Season of All Time 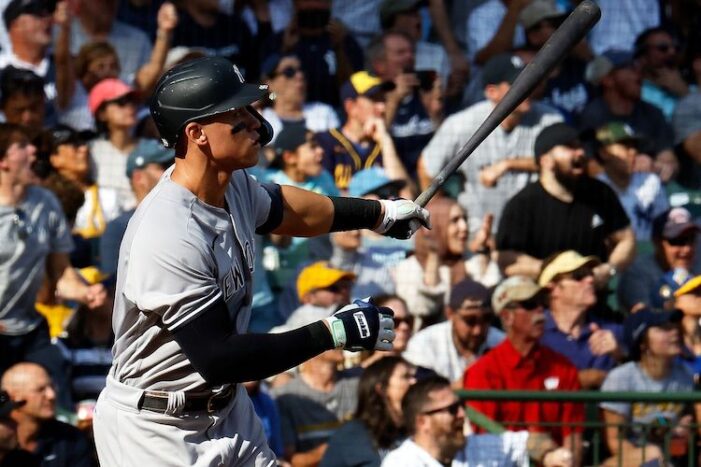 The Yankees lost the first two games of their series against the Brewers over the weekend, but on Sunday they produced a comeback win to salvage the third game and Aaron Judge produced his 58th and 59th home runs of the season. Here are 10 thoughts on the Yankees. 1. Aaron Judge is going to […]

Yankees Would Be Better Team with No Trade Deadline Deals

Yankees' trade deadline moves have made them a worse team 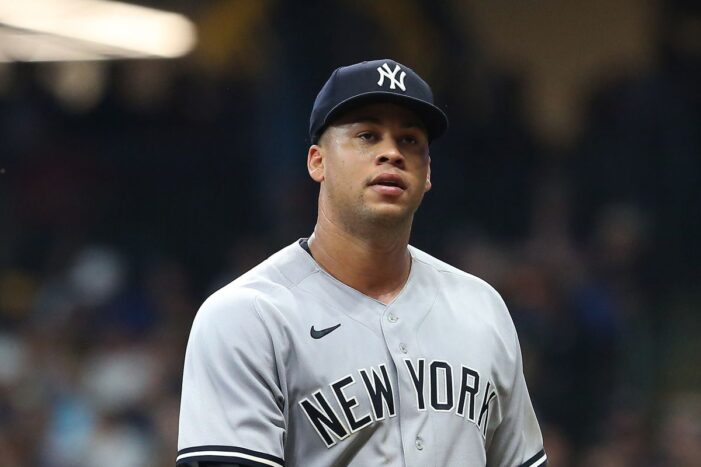 If the Yankees didn’t make a single deal leading up to the trade deadline, they would be a better team than they are today. 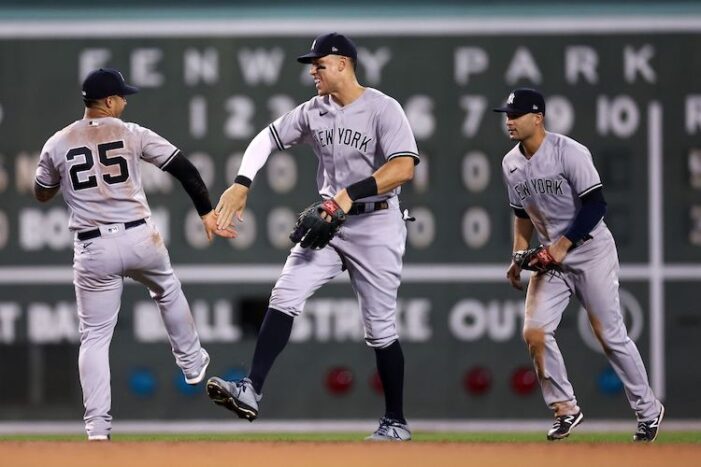 The Yankees ended their slide and threat of completing the worst game-lead collapse in baseball history. After sweeping a two-game series from the Red Sox, the Yankees have won four straight and eight of 10.